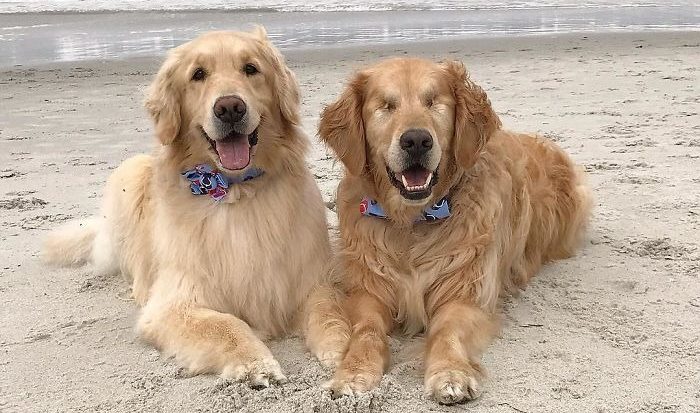 A guide dog befriends a blind dog. You will definitely be touched by the story of their friendship.

Golden Retriever Jake has lost his sight, and his friend Addie is now helping him to get used to a new life.

Over the past couple of years, Addie has proven herself to be a faithful guide and a kind companion.

The owner of the dogs – Kim – said that Jake appeared in their family when their previous pet passed away.

Jake was very sad, and they realized that he needed a friend.

So Addie entered the family. 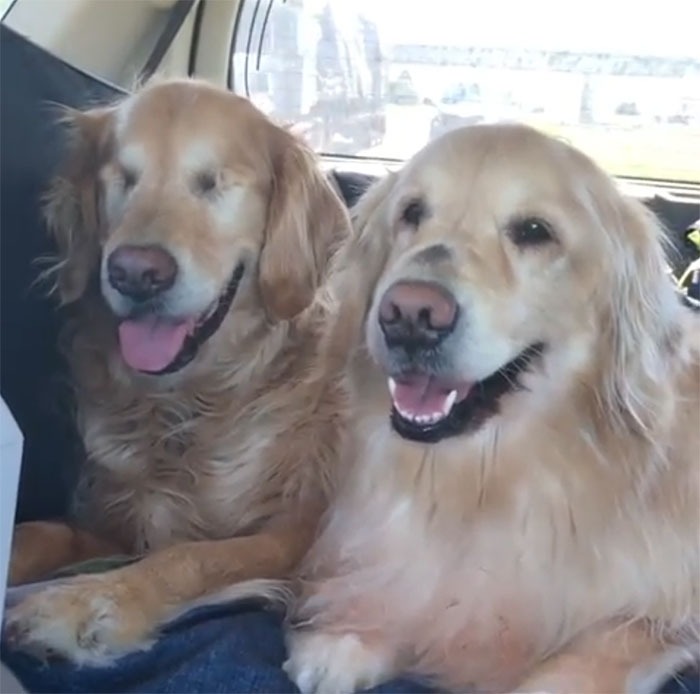 “In the months that followed, he tried every medication recommended by the vet, as well as multiple surgeries, but his eyes got worse.”

The owners faced a difficult decision – to remove the eyes or euthanize the pet.

“Both options seemed so cruel, especially for a dog that had already been through so much.”

But the owners of other dogs who had lost their sight were contacted within a few days. They inspired the family and told about the life of dogs that do not see, but continue to live normally and happily. 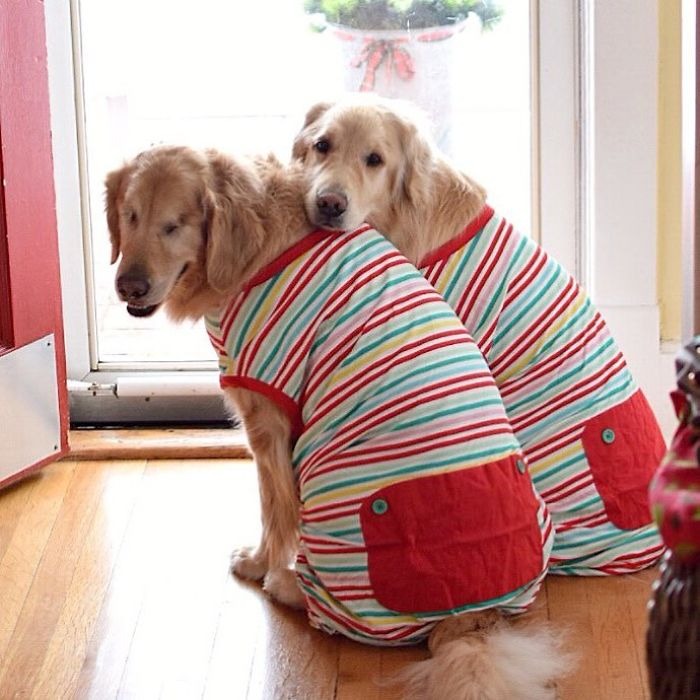 “Our veterinarian also said that for a dog, sight is actually number three on the list of senses – smell and hearing are more important to them.”

The owners of the dog decided to have the operation.

According to veterinarians, immediately after it, Jake began to wag his tail.

“His months of pain passed, and he let us know,” admits Kim.

The woman admits that the dog easily adapted to new life circumstances. 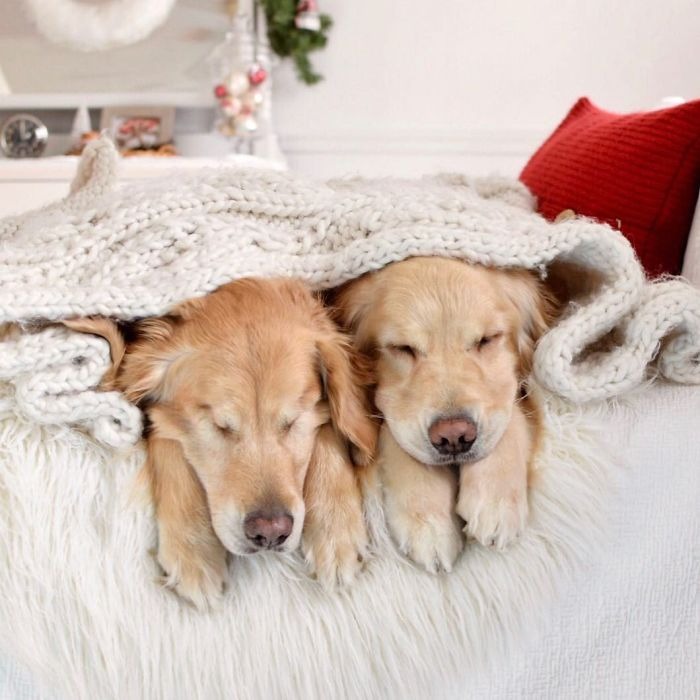 Addie helped him a lot in this – at first she wore a small bell around her neck, until Jake got used to finding her without it.

He still encounters difficulties from time to time, but he navigates the house and neighborhood very easily.

“We are so happy that we made our choice. We are grateful to the many people who encouraged us to help Jake. He reminds us every day that his life still has great purpose and value.”