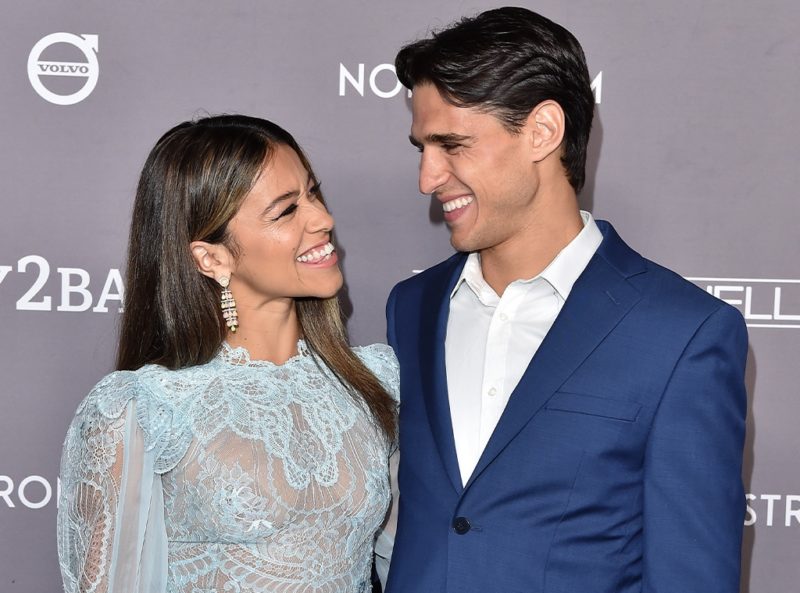 Pregnant Gina Rodriguez showed off her growing baby bump in a romantic outdoor maternity shoot alongside husband Joe LoCicero. In a stunning photo shared to the actress’ Instagram, the couple are seen posing in the autumnal woods with Gina wearing a white off-the-shoulder gown with a front opening.

Joe is seen leaning in to her closely as he cradles his wife’s belly. (See the photo here). In the comments sections, the parents-to-be were showered with compliments. Mario Lopez dropped several red heart emoji while Niecy Nash wrote, «Yassssss.» Stephanie Beatriz—who had an onscreen romance with Gina on Brooklyn Nine Nine—also showed some love, writing, «Congrats it’s the BEST.» 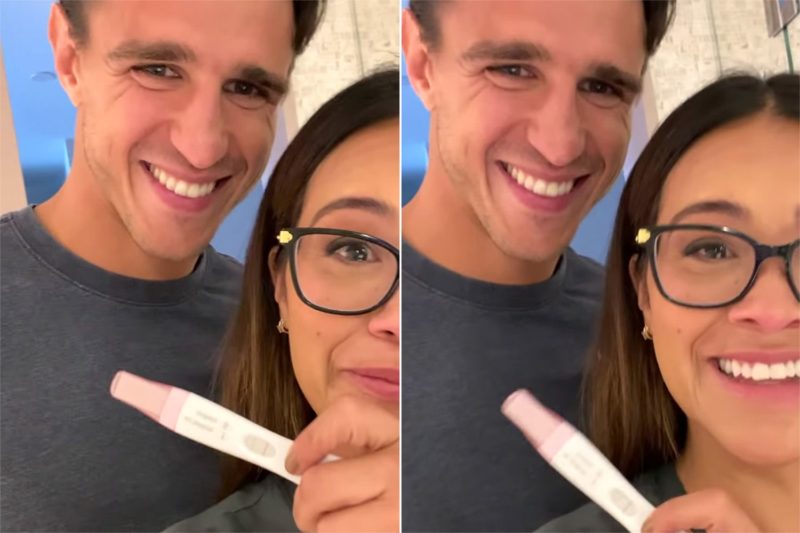 Gina, 38, first met Joe, 35, in 2016 on the set of her hit show Jane the Virgin, when the actor portrayed a stripper during an episode in season two. She confirmed their engagement two years later and the pair tied the knot in 2019.

Over the summer, Gina announced her she was expecting her first child, sharing a sweet video montage on her birthday featuring Joe, set to the song «You Are The Reason» by Calum Scott with a voiceover that says, «Anyone can want you, but love hits different when someone actually values you.» At the last second, the Golden Globe winner showed off her positive home pregnancy test. She captioned the clip, «This birthday hits different.» Gina later opened up about her pregnancy journey, saying she feels empowered «like a superwoman.»

«I’m very excited and overwhelmed,» she told People in August. «I feel like every day is bizarre and different, and I have so much appreciation for every human being that has brought a child onto this planet.

She added, «Anytime I see somebody with a child, I’m like, ‘Congratulations, you’re a superhero.'»