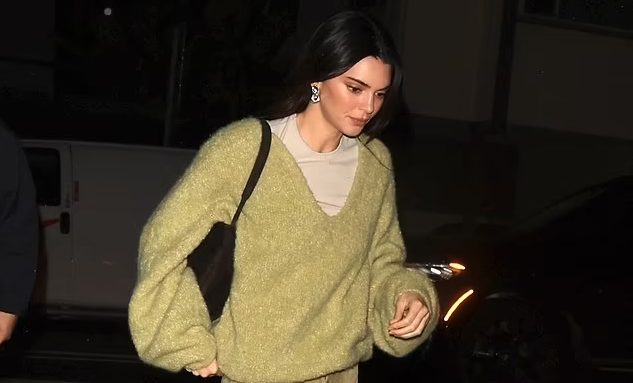 Kendall dressed up for a casual dinner with a friend. it needs to be seen

Kendall Jenner looked every inch the cover girl in mint green as she and a pal stepped out to dinner at Giorgio Baldi in Santa Monica on Friday evening.

The 27-year-old supermodel, who was also spotted on Thursday in Beverly Hills at a hot yoga class with her gal pals, turned the street into her personal runway while wearing a lovely green outfit styled with a pair of black heels.

Jenner’s slim bootcut pants boasted fabric with a velvet look that showcased her long legs and lean frame as she added a touch of eye makeup and blush.

The Kardashians star wore her sleek black hair down over her dangling silver earrings, and added a comfortable, loosely-fitted green sweater over a cream top.

Newly single following her quiet split from on-again, off-again boyfriend Devin Booker last month, The Kardashians star’s outing comes amid chatter that Jenner may be rekindling her relationship with Harry Styles, who also recently became single in the wake of his split from Olivia Wilde. 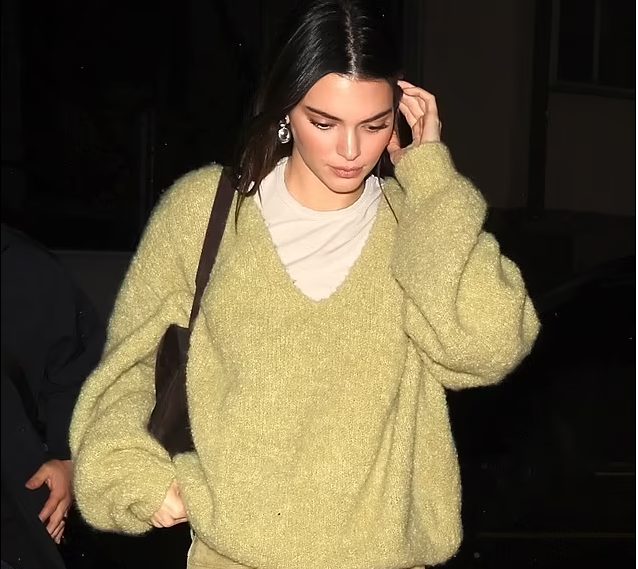 In recent days, there’s been talk that the world’s top model has been chatting it up with Styles, whom she dated on-and-off from 2013 to 2019.

She recently attended one of his many Love On Tour shows in Los Angeles with sister Kylie Jenner and gal pal Hailey Bieber, according to Yahoo Entertainment.

Her breakup with Booker, an NBA star with the Phoenix Suns, was attributed to their busy schedules and bad timing. 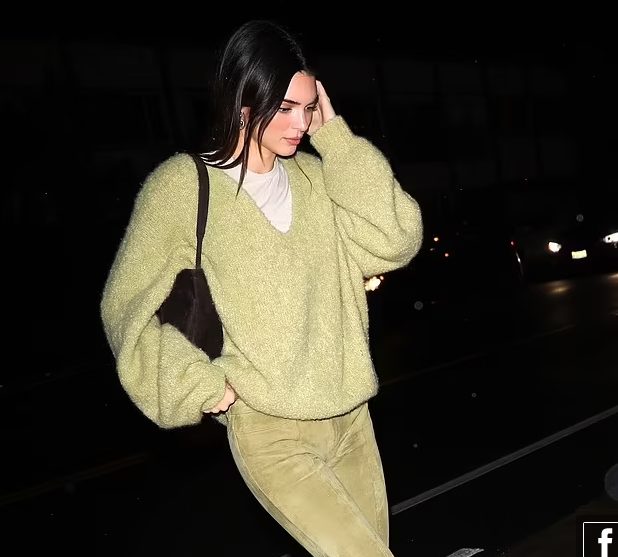 ‘Both have incredibly busy schedules right now with their careers and they’ve decided to make that a priority,’ a source confirmed to People.

Despite having broken up around the same time, and their past romance a sign of their mutual attraction, an inside source maintains the rumors of a Jenner-Styles reunion aren’t true. 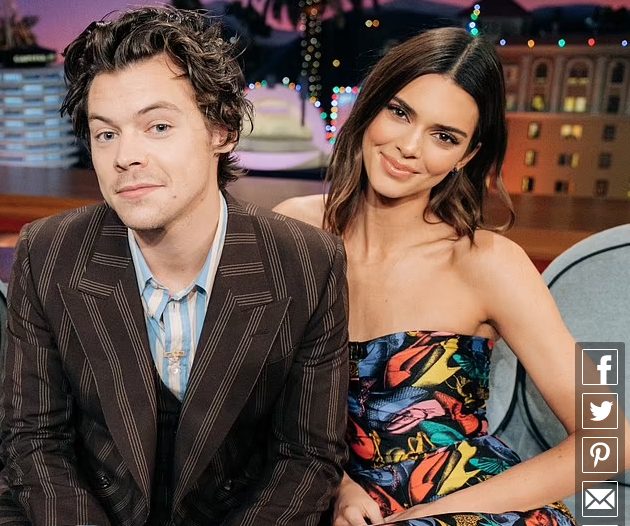 ‘She and Harry are just good friends,’ that source with knowledge of the situation shared with E! News, adding, ‘They remained friendly over the years and have kept in touch. There’s nothing romantic going on, but they do catch up from time to time and have hung out in social settings.’

Styles and Wilde had been dating for about two years when they decided to call it quits.