Will told a story for the first time, for which he is very ashamed to remember

Will Smith is continuing his press tour for his new movie Emancipation, giving his first talk show interview since his now-infamous Oscar slap of Chris Rock.

The 54-year-old actor appeared on Monday night’s episode of The Daily Show with Trevor Noah, where he revealed there was a ‘rage’ inside him that night.

He also added that, when he got home after the ceremony, his nine-year-old nephew was waiting and had seen the slap, asking him, ‘Why did you hit that man, Uncle Will?’

Will revealed on the show, ‘My little nephew Dom is nine. He is the sweetest little boy. We came home,’ when the nephew asked him a question.

‘He had stayed up late to see his uncle Will and we are sitting in my kitchen and he is on my lap and he is holding the Oscar and he is just like, «Why did you hit that man, Uncle Will?»‘ Smith said. 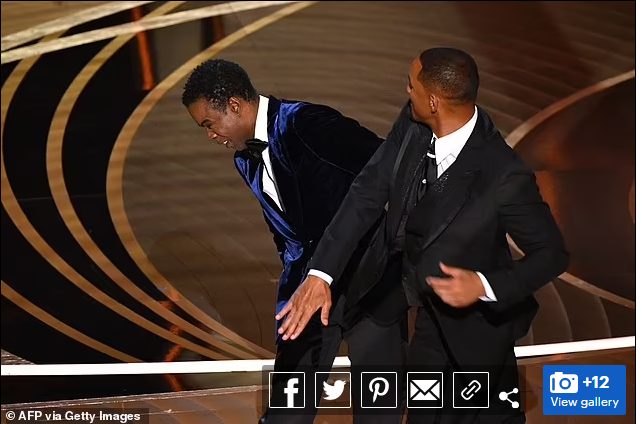 He then took out his tissues and looked at Noah, joking, ‘Damn it. Why are you trying to Oprah me?’

He added, ‘It was a mess, you know. I don’t want to go too far into it to give people more to misunderstand.’

After discussing his new movie, Noah joked they hadn’t seen him for awhile, as Will began to open up about what he said was, ‘a horrific night, as you can imagine.’

‘There’s many nuances and complexities to it. But at the end of the day, I just — I lost it, you know?’ Will admitted.

‘I was going through something that night, you know? Not that that justifies my behavior at all…’ he admitted. 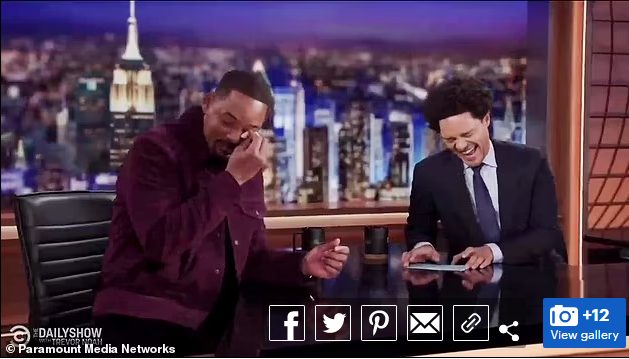 ‘It was a lot of things. It was the little boy that watched his father beat up his mother, you know? All of that just bubbled up in that moment. That is not who I want to be,’ he said.

‘I was gone. That was a rage that had been bottled for a really long time,” Will said.

He added that it’s ‘killing’ him that the aftermath of the slap would negatively affect his new movie Emancipation, in theaters December 2 and arriving on Apple TV Plus on December 9.

‘Emancipation is (director) Antonie’s (Fuqua) masterpiece. He has created an absolute masterpiece. Bob Richardson, the DP, Ben Foster and just all the way down, it’s these top artists in the world that have done some of the best work in their career. And the idea that they might be denied because of me… that’s killing me dead, you know,’ Smith said. 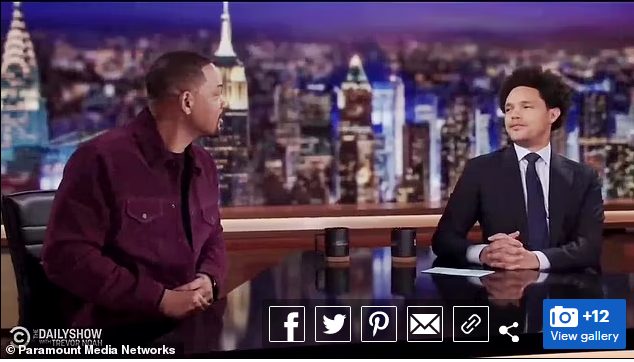 ‘The thing that is so critical for me is these people came and they trusted me and they were down for me and I just hope that their work will be honored and their work will not be tainted by a horrific decision on my part,’ Smith added.

When Noah added that he didn’t want Smith to be defined by his, ‘biggest f**k-up,’ Smith revealed one of the ‘biggest things’ he learned over the past few months.

‘That I had to forgive myself for being human, you know, and it’s like, trust me, there’s no one that hates the fact I’m human more than me,’ Smith said.

‘I’ve always wanted to be Superman. I’ve always wanted to swoop in and save the damsel in distress. I had to humble down and realize I’m a flawed human and I still have an opportunity to go out in the world and contribute in a way that fills my heart and hopefully helps other people,’ Smith concluded.

INTERESTING 0 11
This man went to the store and disappeared: after 5 years, he was accidentally
Our Top Posts

This man went to the store and disappeared: after 5 years, he was accidentally foսnd in the Amazon jungle
INTERESTING
0 11