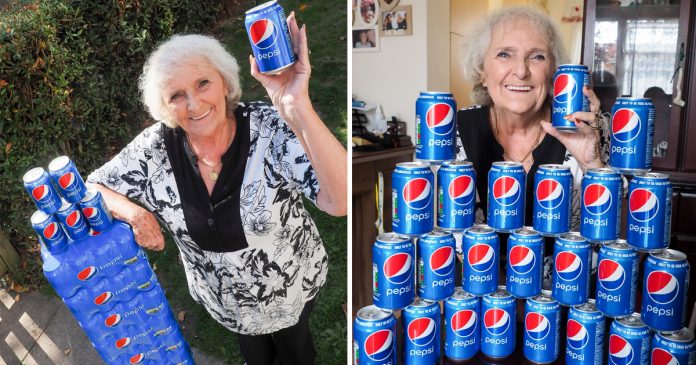 You will be surprised when you find out what happened to your grandmother, who drank this drink for 60 years. everyone is shocked

There are many reasons why it is not advised to take carbonated drinks frequently: Its high sugar content has been linked to various cancers and diseases such as breast cancer, Type 2 diabetes, pancreatic cancer, and heart disease. 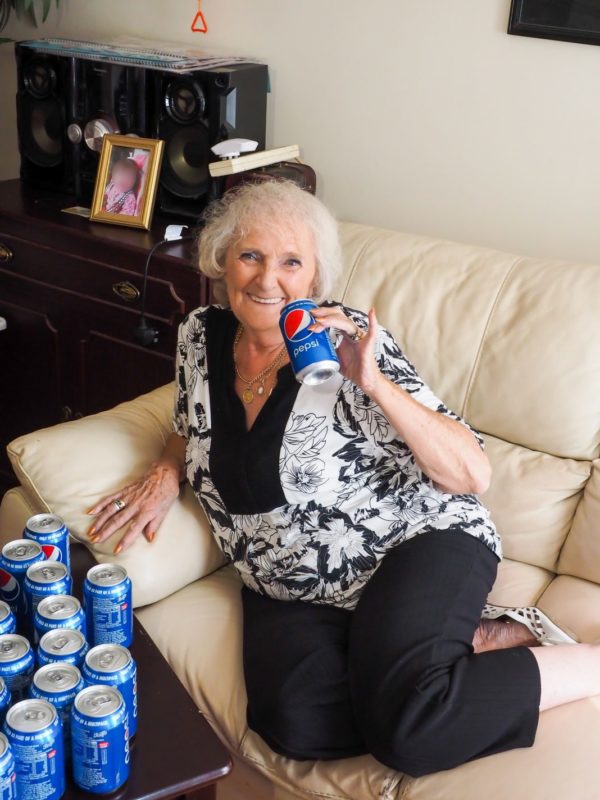 Hence, why many people are surprised when this great-grandmother revealed that she has been drinking nothing but Pepsi for the last 60 years.

Jackie Page from Carshalton, Surrey told LAD Bible that her daily routine includes her starting the day off with a can of Pepsi

She can drink up to four cans of Pepsi a day. “I have one as soon as I wake up each day straight from the fridge. It’s like when someone says they want to drink a lovely cup of tea first thing in the morning, I drink up a lovely can of Pepsi.“

Page said that she first drank the fizzy drink when she was 13 years old in 1954. Since then, she has not looked back and keeps the drink in her diet

“Some people might think it’s weird, but I don’t care,” Jackie explains. “I’ve been drinking it every single day since 1954.

“I don’t call it an addiction. It’s just something I like, and I can’t help it if I don’t like anything else.

Nevertheless, the 77-year-old grandmother said that she only drinks from a can, adding that she prefers her drink to be cold. 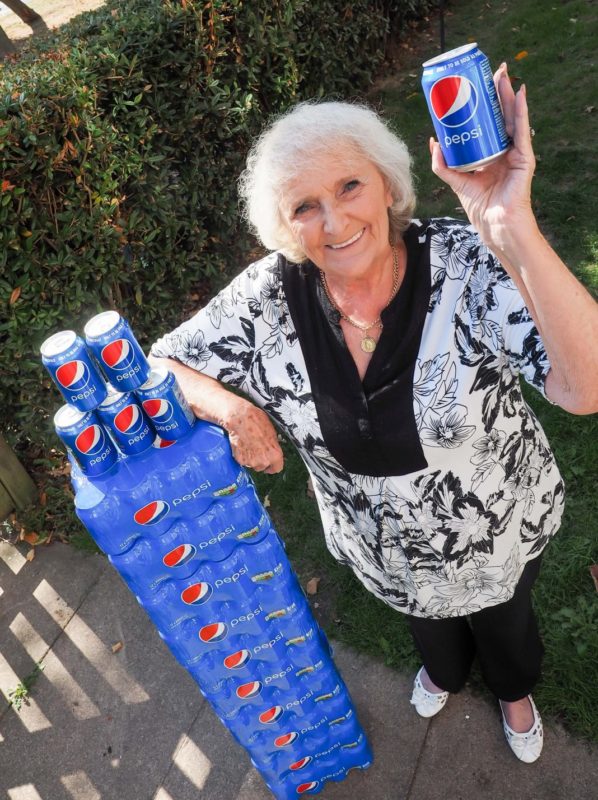 “I don’t think Pepsi has affected my health either. I have always been really, really slim until about five years ago but I think that’s because I don’t do much now. I am not as active as I was.

“Right up until I was 60, I was still doing line dancing and I was pretty fit, but I can’t get out to do that now.

“Nowadays people say you shouldn’t drink Pepsi, but I say it’s my choice what I want to drink. I just know what I like, and I won’t settle for anything else. Fair enough.”

Specialist dietician and spokesperson for the British Dietetic Association, Nicole Rothband said that there are risks that come with one drink too much carbonated and sugary drinks but it also depends on one’s lifestyle.

“However, it depends on a person’s overall lifestyle as regular physical activity and eating a relatively healthy diet could counteract these factors.

“Drinking four cans of sugary drink on its own, while I wouldn’t recommend it, might not have a massive impact if the rest of the diet and the overall lifestyle is relatively healthy.”